Three important steps to take when test-driving a used vehicle

Before investing your hard-earned cash in a used car, it is absolutely essential to take it out for a test drive. Only after spending some time behind the wheel will you be able to determine if it's the right car for you, in terms of its functionality, size and road performance. Here are some tips for a successful test drive.

Before you begin driving the vehicle, spend some time sitting in the driver's seat and familiarising yourself with the layout and main controls on the dashboard. It's best to check some of the electrics, such as the music player and the heating and air conditioning systems, prior to setting off on your road journey, as you'll be less distracted and will therefore be able to inspect them thoroughly.

After you've done this, switch on the engine and use the rear view mirror to look for any large puffs of smoke that might be emerging from the exhaust; thick fumes when turning on the engine could be a sign of a major problem, such as a damaged engine block or cylinder head.

Do a thorough test-drive

Think carefully about which route you select for your test drive. Ideally, you should aim to travel on several different kinds of roads, as this will allow you to gauge how the car performs in different environments. If possible, aim to drive on both rural and urban roads, as well as those with steep inclines. It's important to take your time and do as much driving as possible; a quick five-minute drive simply isn't enough to enable you to make a fully informed decision about whether or not you should buy the vehicle.

Don't forget to try parking the car to see how responsive the steering is. This is especially important in cases where the car has power steering; if as you're parking it you feel the wheel stiffening or you hear a loud whining sound, this could indicate that there is an issue with the power steering system.

Watch out for common used-car faults

There are some faults which are very common in older vehicles. It's important to be aware of these, so that you can watch for them during your test drive. Clutch issues are one example; check for a crunching noise when you change gears; if you hear this, it could mean that the vehicle's clutch is damaged. If the gears aren't making much noise, but are slipping quite a lot, then it's more likely to be a transmission issue.

Alternator problems also become increasingly likely as a car ages; if you notice that the headlights of the car are flickering or are dimmer than they should be, or that the electric locks and windows are unresponsive, it's possible that a faulty alternator is to blame.

Read in about 3 Minutes 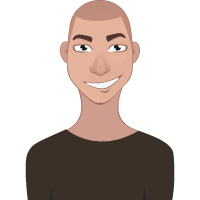 Fixing your automobile is possible, but it isn't always easy. Feeling intimidated by the idea of doing repairs? Then, I would love it if you would explore my blog. My name is Ken, and I work on my car all the time. However, it wasn't something that always appealed to me. It was a hobby I came to out of necessity about ten years ago, and now, I love it. Whether you are a novice or an expert, these blogs are for you. They focus on all kinds of auto service. In addition to troubleshooting, I also talk about knowing when to call for professional help. Enjoy.